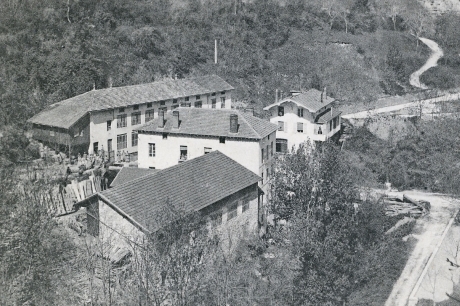 Outline of the guided tour 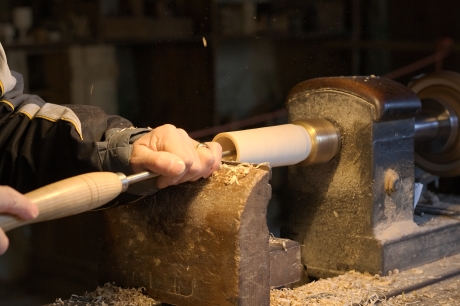 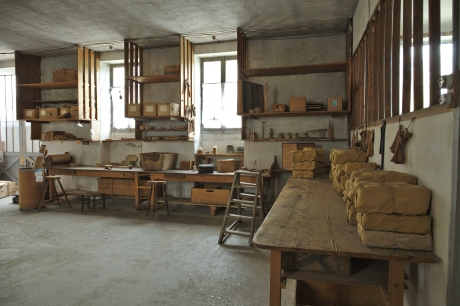 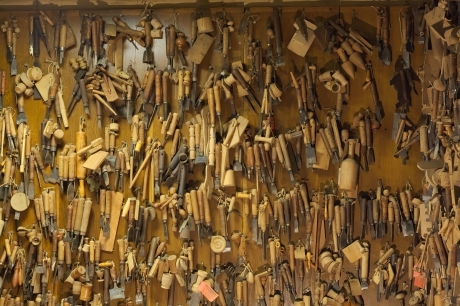 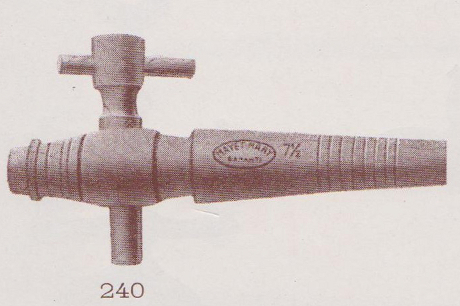 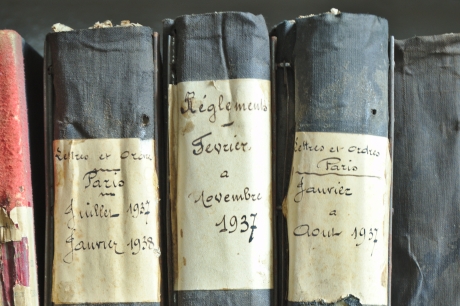 During the summer of 2014, the association "Si Pont-en-Royans m'était conté" has organized a series of visits in small groups of an old woodturning factory, located in the outskirts of the town and whose history has been linked for a long time with it.

It isn't a museum in itself, but an disused industrial site, open to guided tours in small groups of about twenty people. Numerous objects, tools and archives can trace the history of the factory from the early 20th century.

The visit itself presents a description of places and activities, history, exhibition of a sample of items produced on site, and a demonstration of woodturning on an old lathe.

The particularity of the Mayet Turnery is that it is a factory which remained in its complete state after closure. The places seem to have been left only yesterday. This is not just a simple display of objects : the visitor follows the stages of production from cutting to final polishing.

As far as we know, no other industrial woodturning site remains in that condition in France : Buildings, machinery, inventory objects and many archives have remained in place when the factory closed down in 1986.

Remarks by Gilles Meeus, Chairman of the Association :

(Transcript of the video)

It's only progressively that we understood all the interest of this industrial complex. We thought we only had one major factory in local history, with many employees who worked here. But gradually, with cleaning and ordering we found a collection of machines of the 1900s and 30s and 50s. In addition, a collection of tools of all kinds, from which we have yet to discover all the secrets. Then, a collection of wooden objects for the kitchen, joinery and also objects for the industry : barrel's faucets , spoon for powder, all kinds of objects: brushes, objects for jewelery , etc. And finally there is also a collection of archives that have been studied to explain the information about wood turning. There are huge opportunities to build a reserve for the conservation of various types of machinery, even brought from other sites, to illustrate the society which worked with these wooden objects until the 50s and the advent of plastics. It is a beautiful example of the state of industry in the late nineteenth century and throughout the twentieth century with the hydraulic and hydroelectric activity, with the operation of machinery by belts; and then with all an industry and all the commerce going around this, exporting to Paris, the United States, including North Africa. There really was a world to discover with this site that we've done gradually and this has been a great adventure for us.